Postage stamp design is a very important aspect in the production of stamps. It refers to the act of graphic designing (use of logos, images, shapes, color, and text) done on postage stamps. After the release of the first stamp in the world, the Penny Black (black 1 penny stamp which featured the head of Queen Victoria), several thousands of postage stamp designs were produced and released for use on mail as well as for collecting purposes. Click here to view the Penny Black.

A postage stamp design is typically deemed to be almost universal, and postage stamp customers basically assume stamps to bear a design.

There are 6 elements or parts that are very important in a postage stamp design:

A lot of people will agree that the main role of a stamp is to show the amount or denomination of the pre-payment of postage. Due to the fact that various sizes and types of letters/mail naturally pay varied sums of postage, the postage stamps are required to have a specific value or denomination.

The typical appearance of the value or denomination is simply a number, and it can be accompanied by a symbol of the currency which is placed either before or after it. Several postage stamps made in the early times show the denomination in words; however, the Universal Postal Union (UPU; special agency of the United Nations that coordinates postal policies worldwide) required that postage stamps used for international mail must utilize Arabic numerals (0, 1, 2, 3 and so on). This made any stamp's denomination easily identifiable, especially for people residing in foreign countries.

The postage stamp design of semipostal stamps typically shows 2 values or denominations, with a plus (+) sign in between them. The first denomination stands for the actual amount, and the second one stands for the extra amount that would be given to charity.

In some cases, you will encounter a particular country's stamp issues having a dual currency on its postage stamp design. An example would be the Ireland bird stamps issued on June 11, 2001, in which you will see the postage stamps in dual currency (Irish pound and Euro).

The first ever postage stamps issued in the UK or United Kingdom bear no name of its country. In the year 1874, the UPU had exempted Great Britain regarding the rule in postage stamp design which declared that the name of the country must be written on their stamps. The visage of the king or queen was enough identification for Britain's postage stamps. Up until now, the United Kingdom is the one and only country that has no need to put its country name on its postage stamps. Click here to view the stamp catalogue of Great Britain. As for the other UPU countries, their country name must be written using the Latin alphabet (a, b, c, and so on).

There are some countries that are allowed to have multiple forms, from which the postage stamp designer may select the one he/she thinks is most suitable. The name may appear in its adjectival form, as in Posta Romana (Romanian Post) for Romania. Click here to view Posta Romana stamps.

Some dependent territories may or may not include the name of their parent country.

Almost all postage stamps have text placed in their postage stamp design. After the placement of denomination and country's name, the textual elements may contain a simple yet functional purpose (examples are: "official mail", "airmail", "postage", etc.), the featured person's name, plate number (serial number of a printing plate; number printed in the margin of a sheet), the year when the stamp was issued, the event being commemorated, and even national mottoes.

As for countries that have multiple scripts and multiple languages, they may have to write these in many ways. For instance, stamps of Iraq have texts written in both Arabic and Latin characters. Click here to view Iraq stamps.

You may see some stamps that also have written inscriptions found outside the margin. Most of them are constantly at the lower or bottom part, and it usually bears the designer and/or the name of the printer. Sometimes, a written description or narrative of the postage stamp design is located in the margin. In the past few years, the lower leftmost margin has turned into the most-preferred place to put in the year when the stamps were issued. Philatelists note these changes in the marginal inscriptions and regard them as distinctive kinds of stamps.

The graphic element of a postage stamp design can be one of four major categories:

A. Portrait bust -- can be the full face or a profile.

C. Numeric -- a postage stamp design that is created around the numeral of denomination.

D. Pictorial -- any image that ranges from animals and plants, to landscapes, to historical figures, to original artwork. Images may also be abstract designs, allegories or represent real-world objects.

Different countries have different special rules that dictate the selection of the postage stamp design or design elements. For instance, stamps of the United Kingdom must show the monarch (usually as a silhouette), whereas stamps of the United States must not show any person who has been deceased for less than 10 years, with the only exception for former Presidents, who may be shown on a stamp 1 year after they died.

The most common postage stamp's shape is a rectangle, because this is the most practical way to put stamps in a stamp sheet. A certain rectangle taller than wide is a vertical design, whereas wider than tall is called a horizontal design.

Aside from rectangular stamps, you will also encounter other shapes of stamps such as triangles, octagons, circles, rhombuses, and other freestyle shapes including hearts and a stamp shaped like a banana which was issued from 1969-1985 in Tonga. 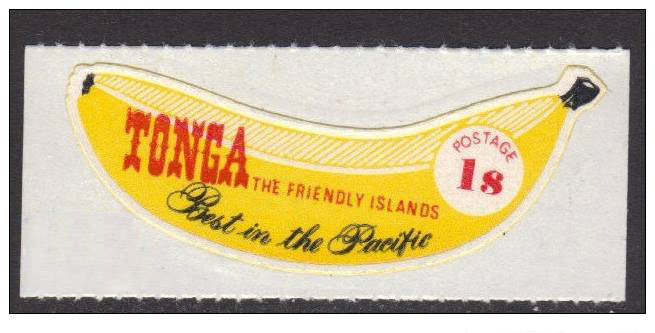 The most common size of a postage stamp is about 10 mm to 30 mm (millimeters), as these dimensions have proven to be the best and easiest size to handle.

The largest postage stamp in history was issued in the United States from 1865. Its size is 52 mm x 95 mm. These stamps were used solely for the mailing of newspapers.

The smallest postage stamp ever recorded was issued at Mecklenburg-Schwerin, a territory in Northern Germany.

The Process of Making the Postage Stamp Design

After choosing a subject, the postal administration usually contracts an artist to come up with a postage stamp design.

In creating the postage stamp design, the stamp artist must follow all rules and limitations as mentioned previously. The artist may also be required to have sufficient credentials related to designing stamps. Furthermore, the artist has to consider the scenario of working with a rather tiny canvas. For instance, elaborate classic paintings often become vague and blurred when reduced in size; therefore, the stamp artist will choose an interesting or distinctive detail or aspect as the focal point of the postage stamp design. Likewise, a stamp that shows a portrait usually does not mean much to many customers, and the stamp artist may decide to insert a textual element implicating the person's accomplishments. An example would be an architect's famous building, or the artist will simply write down the word "architect" someplace in the postage stamp design.

After that, the artist shall submit one or two (or even more) stamp designs and the postal administration will review it for approval. Once approved, the postage stamp design may go through many stages of modification right before it enters the stamp production process. The postage stamp design might also be discarded, maybe if situations have changed, for example there is a change of government.